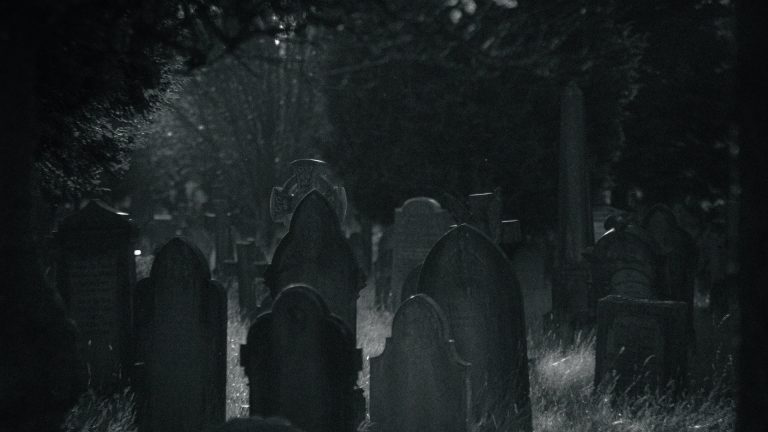 Glasnevin Cemetery in North Dublin is the final resting place of over 1.5 million souls, including some of the titans of Irish history such as Michael Collins, Charles Stewart Parnell, Daniel O’Connell, and Eamon de Valera. By turn beautiful, mysterious, and illuminating, the cemetery is a must-see for visitors to Dublin. We recommend combining a visit to the cemetery with a walk through the National Botanic Gardens, which are located next door to the cemetery.

Before Glasnevin Cemetery was established in 1832, Irish Catholics did not have a designated place to bury their dead due to the repression of Catholicism under the Penal Laws of the 18th century. With the assistance of Daniel O’Connell, the staunch defender of Catholic rights in Ireland at the time, a plot of land to the north of the city was secured and the cemetery was consecrated on the 21st of February 1832.

The cemetery was open to Catholics and Protestants, and rich and poor alike. On the 22nd of February 1832, the cemetery witnessed its first burial, the son of a poor scrap metal dealer, a young boy of 11 called Michael Carey. His grave still stands to this day.

The original 9 acre site has since expanded to 124 acres to become the biggest cemetery in Ireland.

Resting Place of The Liberator

In the early years of the cemetery in the 1830s and 1840s, the cemetery was the final resting place for thousands of poor Dubliners who fell victim to cholera outbreaks and the Great Famine. The overwhelming number of deaths in this period meant that pits had to be dug for mass graves to accommodate the dead.

The interment of Daniel O’Connell in 1847 did much to change the perception of the cemetery. O’Connell, the driving force behind the establishment of the cemetery, was a hugely famous and popular figure in Ireland in his lifetime due to his role in helping to secure Catholic emancipation in 1829. In recognition of his achievements he was dubbed ‘The Liberator’. He was interred in a family vault in a prominent part of the cemetery close to the entrance.

Being the final resting place of the great Daniel O’Connell bestowed a certain cachet to Glasnevin Cemetery, and its plots became popular and sought after among the residents of Dublin.

Throughout the second half of the 19th century and the early 20th century the cemetery became home to some of the most notable figures of Irish history. The list of statesmen included Charles Stewart Parnell, the prominent Irish nationalist politician, Countess Constance Markievicz, one of the leaders of the 1916 Easter Rising, and Eamon de Valera, the former Irish President and political leader.

However, the most famous figure interred in the cemetery is without a doubt Michael Collins, the revolutionary, soldier, and politician who was a key figure in the fight for Irish independence from Britain. Closely involved in the Irish War of Independence and the ensuing civil war, Collins was killed in an ambush in Cork in 1922. He was laid to rest in Glasnevin Cemetery after lying in state for 3 days.

Collins’s grave and memorial stands alone near the entrance to the cemetery. To this day, admirers pay their respects by laying a stream of fresh flowers on his grave in thanks for his sacrifice in achieving Irish freedom.

Many famous Irish artists have been laid to rest in the cemetery, including the writer Brendan Behan, the poet Gerard Manley Hopkins, and musician Luke Kelly of The Dubliners.

An unmistakable sight for miles around the cemetery, the O’Connell Tower was erected in 1855 in memorial of Daniel O’Connell. The stone tower stands 55 metres tall and is the tallest of its kind in Ireland. Due to the relative height of the Glasnevin area, the top of the tower offers commanding views over Dublin and even as far as Wicklow, Meath, and the Irish Sea on a clear day.

The tower has seen its fair share of excitement over the years – in 1971 a bomb was set off at the base of the tower. The attack was subsequently attributed to pro-British paramilitaries in revenge for the destruction of Nelson’s Pillar on O’Connell Street some years previously. Luckily, the sturdy stone tower remained relatively unaffected, but the inner staircase structure was destroyed, and the tower was closed to visitors.

Thankfully, work began on restoring the inside of the tower to its former glory, and the tower was once again opened to the public in 2019. The new staircase, constructed according to the original plans, rises 55 metres to the top, allowing visitors to take in the spectacular views over Dublin and beyond.

Today, the cemetery is the largest in the country, and over 1.5 souls Dubliners have been buried within its old, stone walls. A sense of the joys, sorrows, anguishes, and triumphs of so many souls  hangs in the air when you walk along the many paths of the cemetery.

Glasnevin Cemetery passed into the cultural consciousness of Dubliners when it was immortalised in James Joyce’s novel Ulysses as the setting for the ‘Hades’ episode. In the scene, the protagonist Leopold Bloom ruminates on mortality and the death of his father. Fittingly, both of Joyce’s parents are buried at Glasnevin Cemetery.

Walking through the cemetery, in the shade of the trees that stand tall over the countless graves, you truly feel the weight of history and the stories of the people laid to rest in the cemetery.

There is also a small cafe that serves food, tea, and coffee.

More information on the cemetery, including opening hours, can be found here. Paid parking is available at the cemetery and at adjacent locations.